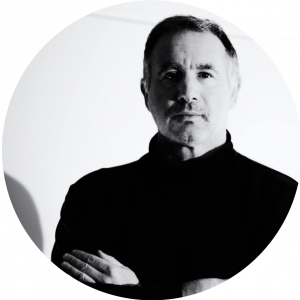 Brandinglife was formed by Gerald Berliner in 2000. A native of London, he has 30 years experience in designing and managing award-winning global brand and corporate identities.

His career in branding began in 1986 with formative and fruitful eight year tenure as a design director with Wolff Olins in London.

In 1993 he was recruited to NYC by Omincom’s branding stable-mate, The Schechter Group, as Associate Creative Director.

In 1994, after the Schechter Group was merged with Interbrand, he was appointed Executive Creative Director of Interbrand N.Y.

In 1997 he became a co-founder and managing partner of Corebrand (now Tenet) and in 2005 was offered a three year contract to be Executive Creative Director of Publicis’ branding division, The Brand Optimization Systems Group (BOS).

Certainly a very multi-talented individual, he is also an award-winning photographer and videographer, you can check-out his work here.

Gerald has also lectured both in the U.S.and internationally on the impact that design and communications have on creating, expressing and leveraging brands.